Over the next few weeks, the following meets will be taking place. Please fill out the proper registration forms and submit them to Heather before the due date.

Good luck to those who will compete.

11 skaters made the trip to Kingston this past weekend to participate in the Janet Henderson Memorial Ladder meet. Overall, it was a fun day in the cold arena, where PB’s where set by most and 3 skaters took home awards in their age categories. 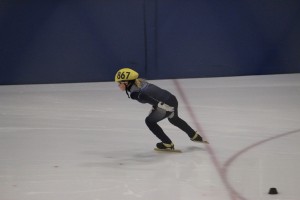 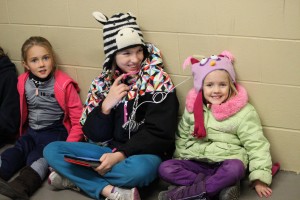 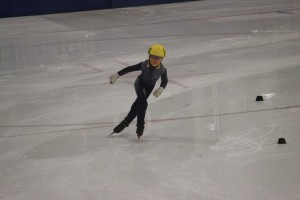 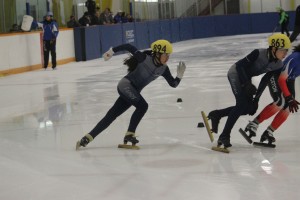 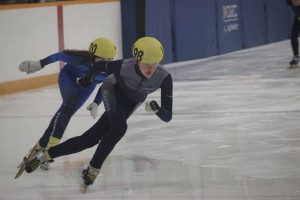 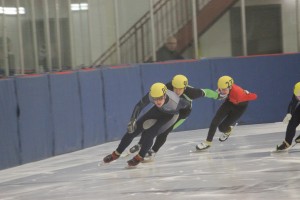 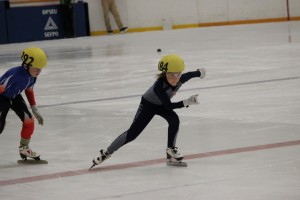 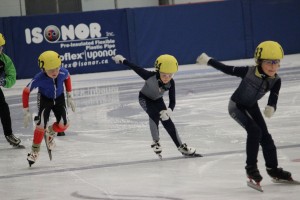 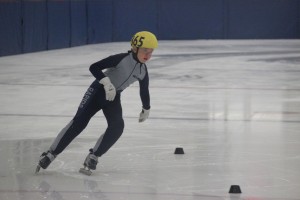 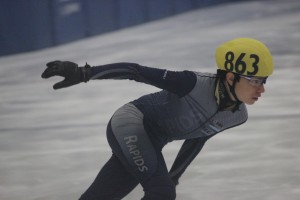 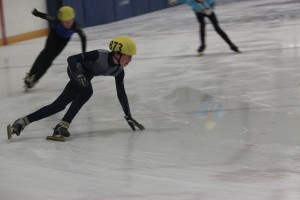 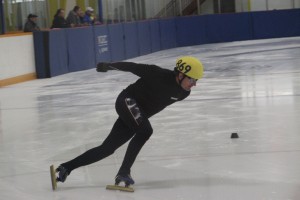 Congratulations to the 3 skaters that traveled to Clarington this past weekend to participate in the 1st Provincial Series meet of the season. The protocol for the event can be found on the OSSA website.

Here’s a recap on how the skaters finished within their respective groups:

Congratulations to Nick and Chloe for winning Bronze Medals and to Emma Grace for joining the 60 second club with a time of 57.722 in the 500m distance. Cake was enjoyed by all who attended Tuesday’s practice.

The Montreal Speed Skating club is planning to organize a small competition in Montreal for Masters short track skaters. It will NOT be an official competition, even if there will be officials and timekeepers. The idea is to gather the most possible skaters together to have fun. It is for all kind of skaters (some have competed in the past, and some have never competed). They organized it for the first time last year and it was a wonderful success, simply because of the friendship feeling. Indeed, like last year, there will be two different types of race: one will be for the competitive people, and the other for people who skates for fun (who don’t want to compete because they don’t feel strong enough). First type will be on a standard basis (qualification and finals for different distances). For the second type, every skaters will make a two laps qualification, just to be able to make groups of approximately the same speed for the remainder of the day.
It will be held at the Maurice Richard arena (short track national team training center, the best short track of eastern Canada) on Marsh 23rd from 13:00 to 18:00.

If you are interested in attending, please let Heather or John know, as soon as possible, so that they can inform the Montreal club.

Congratulations to the 7 skaters who travelled to Gloucester this past weekend to compete in the Easter Regional #2 meet. Each skater recorded PBs in a variety of distances. The Personal Best page has been updated accordingly. The protocol can be found on the OSSA website.

Here’s how everyone did in their respected groups:

Congratulations to Paige Besner for winning her 2nd Bronze Medal of the season. 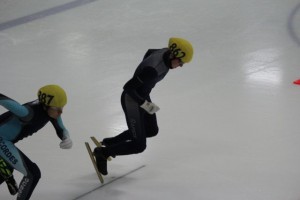 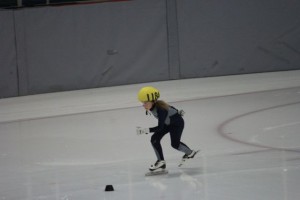 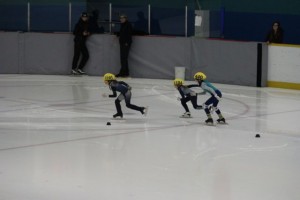 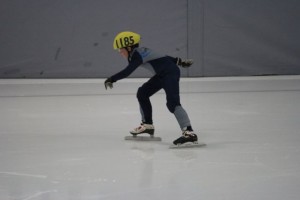 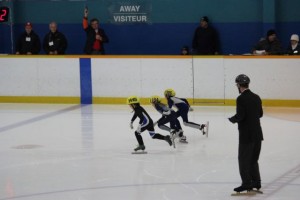 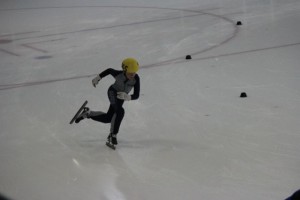 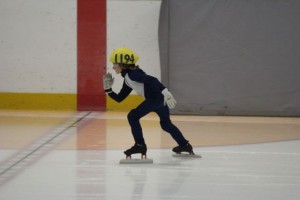 It’s marathon time! In just a little over three weeks the first marathon event of the season will be held at the Gaetan Boucher Oval in Ste. Foy P.Q. This is always a well attended event and a great kickoff for the marathon season – no cracks in the ice. Ice conditions have always been superb on this 400 metre refrigerated oval. There will be a free practice skate on Friday Nov 8th between 6 and 7 pm. On Saturday the 25km will be held at 5:30pm and on Sunday two races: women’s only 10km at 8:30am and then the one hour challenge at 10:30am. Refer to marathonskating.org for further details and a list of the marathons for the season. If you would like to try some distances this winter you should seriously consider the Quebec event since two of last years venues (Ottawa and Vermont) are not available for this season. I will be attending this one in Quebec City (always a fun place to spend some time), anyone interested in joining me? If so, see me at the Memorial Centre for further details re: transportation and accommodation. John A.