Congratulations to the 4 SLSSC skaters who competed in the Provincial A Championships this past weekend. Here’s how they finished:

Complete protocol can be seen here.

Congratulations to Alphonse on being selected to Team Ontario for the Canadian Age Class Short Track Championships in Prince George, BC, on March 14-16, 2014.

Congratulations to Nick and Emma-Grace (alternate) on being selected to Team Ontario for the Canada East Short Track Championships in Riviere-du-Loup, QC, on March 29-30, 2014.

Reminder: The ice (6:30pm-9:00pm) will NOT be available to skaters after the meet this Sunday.

Make sure to come out and cheer your teammates on this Sunday!

Good luck to Nick Everett, Chloe Segal, Emma Grace Wheeler, and Alphonse Ouimet who will be competing in the Provincial ‘A’ Championship on February 22nd  and 23rd in Newmarket.

There was a very healthy and enthusiastic turnout for both the 25km on Saturday and the 50km on Sunday with most skaters coming from the Quebec City and Montreal regions with only three skaters from Ontario competing and a couple from the US.

Saturday’s conditions were brutal with extreme winds from the west, however the westerly direction of the track was downhill (yes, downhill, slightly) and the tail wind up the opposite side aided this slight uphill section. The ice was in perfect condition and all skating times were very good, particularly on the Sunday for the 50km with little wind (but -20 degrees C) with which to contend.

Even though placing at the bottom end of the overall skaters’ times, I did skate a personal best for the 50km with a faster pace than in the 25. My personal good times were not enough to podium in my age class in either race due to a large group of very fit and fast aging Quebecers. They sure are great outdoor enthusiasts in Quebec and take their fitness and sports very seriously.

The organizers of the event plan to hold the races annually during the winter carnival and I highly recommend attending if you are looking for a wonderful skating experience in a great historical city at a very festive time of the year. Another new marathon weekend was scheduled for the weekend of Feb 15/16 but has been cancelled due to stormy conditions.

The Eastern Regional Meet #5 will be held on Sunday, March 2nd in Brockville. This is it, our club is hosting the meet, so make plans to attend.

For more information, please read the announcement. Registration forms should be filled out and returned, with payment, to Heather, no later than Wednesday, February 19th.

If you would like to volunteer to help out at the meet, speak with Rob Giroux.

Congratulations to the 4 skaters from SLSSC, that made the trip to Ste. Foy, Quebec this past weekend, to represent Ontario at the National Long Track Age Class Championship. Here’s how everyone did:

As promised, here is how everyone finished within their groups:

And here are some pictures from the Kingston Meet. PB page will be updated within the next couple of days. 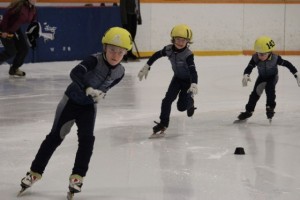 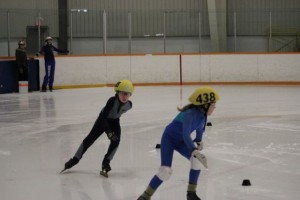 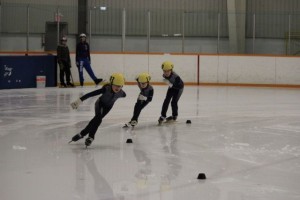 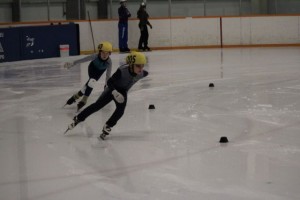 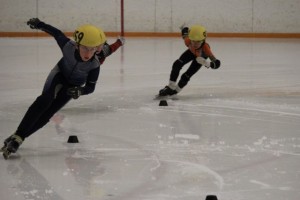 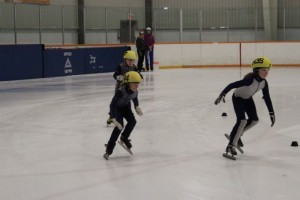 Congratulations to the 10 skaters that made the trip to Kingston to compete in the meet today. PBs were set by all, with 2 skaters reaching the podium for the first time. Congrats to Arie Devos for winning a Gold medal in the Golf group and Katelyn Gallant for winning a Silver in the Golf Group. 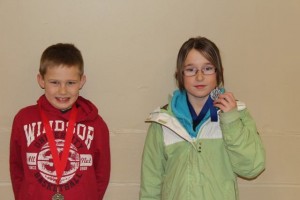 The protocol and final standings will be posted once it is released.