The marathon season extended from mid-November opening up with the Quebec City marathon that is held at the Gaetan Boucher oval in St. Foy and ended with the inaugural Lake Memphemagog marathon weekend at Newport, Vermont on the first weekend of March. In between we had several others including Lake Placid, Skate the Lake (Portland, Ontario) and Plains of Abraham, with one marathon being cancelled in mid- February at Lake Placid. In addition to these ‘local’ marathons there were marathons on the Halifax oval and two in Alberta (Silver Skate in Edmonton and Sylvan Lake near Red Deer (this latter event was moved to the Red Deer oval due to unfavourable ice conditions on Sylvan Lake). The events were well attended with the exception of Skate the Lake as a result of very poor and hazardous driving conditions for intended participants, and Lake Memphemagog due to short notice. But all were successful and enjoyed by all who attended. This year the North American marathon championships were held in our backyard at Portland (Skate the Lake). Our club was well represented at the NA championships with 15 of our members entering the various events. Heidi attended four of the five marathon events in our region and John participated in all five (ten races). It was unfortunate that the second Lake Placid event was cancelled due to hazardous driving conditions since eight from our club were signed up to participate. Better luck next year and hopefully we will attract more club members to a suite of events in 2014/15. 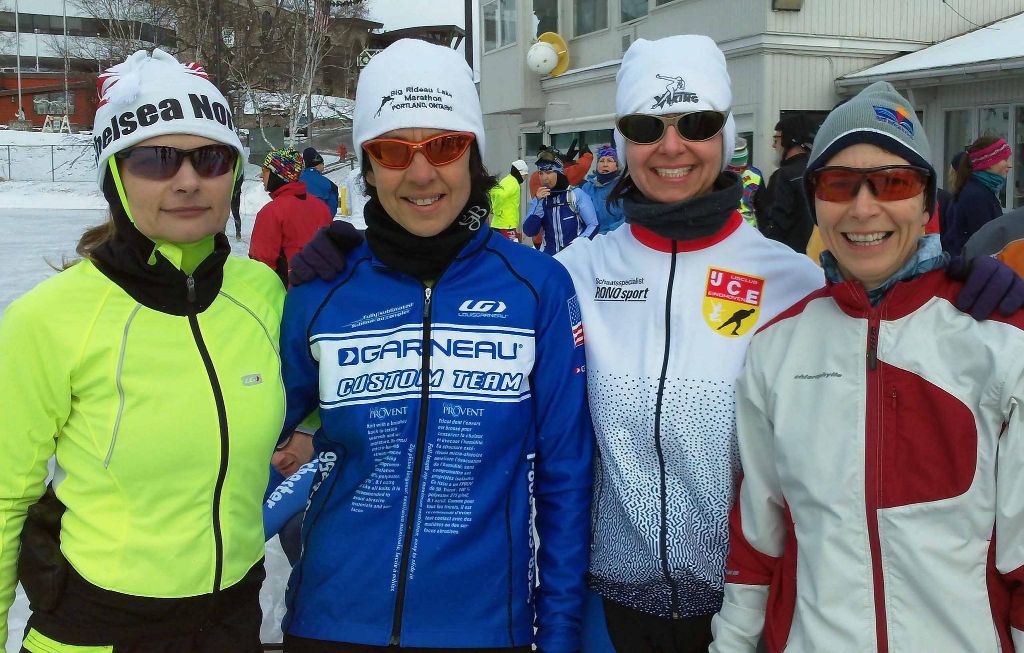